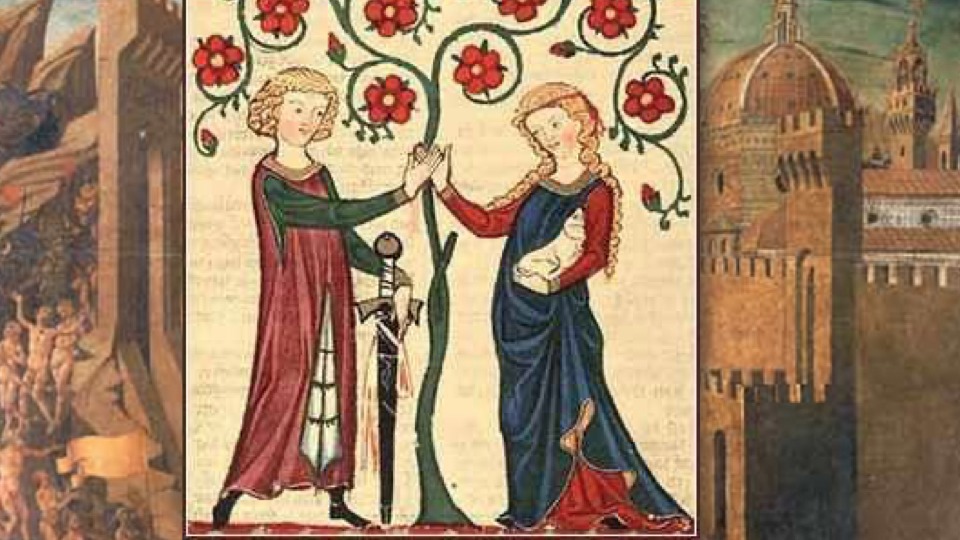 The Fedeli d’Amore, whose ranks include the highest poets and storytellers such as Dante Alighieri, Brunetto Latini, Cecco d’Ascoli, Guido Cavalcanti, Giovanni Boccaccio and Francesco Petrarca, were all very important people in the 12th century city of Florence -XIV century.

This initiatory brotherhood was linked to the Sapiential Tradition which has always been alive and perennial, and will continue in the Renaissance with the Neoplatonic Academy.

The itinerary will unfold through the places where there are signs of their passage, showing an unknown and secret Florence, as their creed must have been secret to escape the terrible darts of the Inquisition.

The tour will start from the Church of Santa Maria Novella, stronghold of the Dominicans, to end in Santa Maria del Fiore, where their sublime creed can be read in stone under the eyes of all, but wisely hidden.

Alternatively, fill out the form: