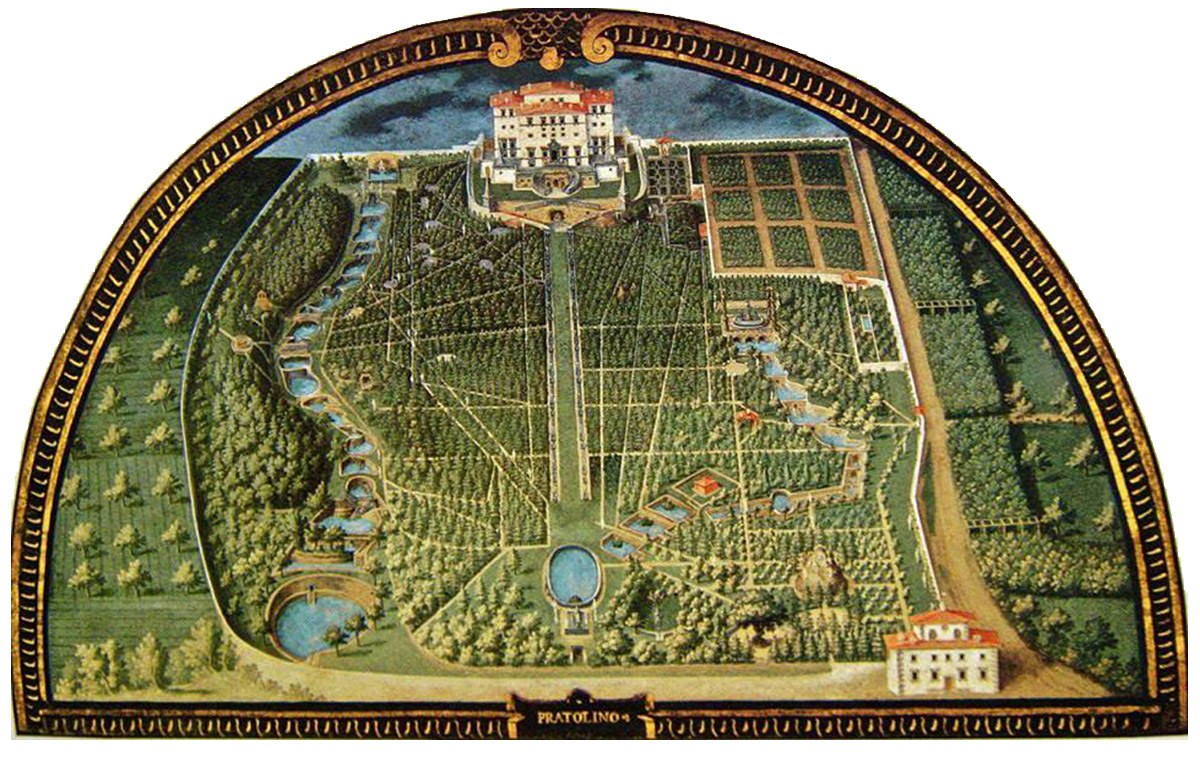 (text Taken from Pratolino, the alchemical dream of Francesco I de ‘Medici, myths, symbols and allegories, by Costanza Riva)

“Wonder or amazement is nothing more than a great desire to know the cause of some effects.”

This is how Francesco de ’Vieri, a philosopher with deep hermetic knowledge at the court of Francesco I, expresses himself in his “Of the wonderful Works of Pratolino & Amore”, describing the feelings that he was able to provoke at the time. He himself considers the art of “wonder” as the first result of all human activities and all sciences, a feeling of sudden amazement that can be grasped only with “highly speculated senses & morality”.

When Francis I began to mature the idea of ​​his ambitious project, perhaps it was this reaction, marked by the beauty and charm of the unexpected, that he wanted to awaken.

With that same thought process, we will now try to travel back in time to to that distant 1568, which saw the purchase of the land on which the extraordinary park would soon rise.

“Not far from Florence, more than five miles on the right hand side of the road which leads to Bologna about two traces of arc lies the Villa di Pratolino built by Grand Duke Francesco for recreation in the month of July and August. ”

On September 15, 1568, Francesco I began negotiations for the purchase of the first farms of that large area of ​​land which, a few years later, would see the birth of the “Wonderland Park” of Pratolino.

The choice of a somewhat singular territory located on the hills above Florence was certainly not accidental, close to the city but at the same time distant from it, located on the important traffic route leading to Bologna. The purchase of those lands and the creation of a precise iconological plan were entrusted to his faithful architect Bernardo Buontaleti, which goes to show that the symbolic-architectural project destined for those spaces must already have been present in Francesco’s mind.

“It seems that the Prince has purposely chosen a location that is not pleasant, sterile and mountainous and also without water sources, so that he could go look for them five miles further”: this was reported by Michel de Montaigne in his writings after he had visited those places, and in this careful affirmation there is a lot of respect and admiration for a Prince who cultivated for himself much more amibitious projects than those that his role of office imposed on him.

The idea of ​​preferring an impervious, sterile, waterless terrain, to make it an idyllic place where water sources, flora and fauna would perfectly match the genius of its creator, was therefore a well-targeted choice.

Its original name was Festigliano, but then it took the name of “Pratolino”, a change that was probably made to match the large lawn that was nearby.

Pratolino is a “Tuscan diminutive that summarizes the typical nature of the Apennines, rich in pastures, meadows and thick evergreen spots”; its name was not given by Francesco I, but it already appears in the documents prior to the purchase of that territory, which presented itself as a large agricultural estate of rural origin. Pratolino was the name that was given to that slope that stretches from the hills below Monte Senario to stretch towards Florence and no other term could have better summed up the idea of ​​a place where Nature, thanks to the wise hand of man, would be expressed in all its variety and beauty. 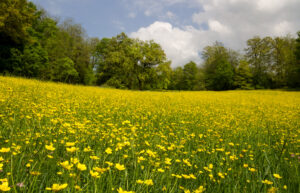 “Lawn” means a stretch of land which is more or less extensive, covered with grass and not yet cultivated. The “herb” is also discussed in the Holy Scriptures and in that context it is put in relation with the verb “to sprout”, “to be born to new life”: a term that indicates a radical transformation and renewal.

Dante Alighieri, in the XXXIV Canto dell’Inferno, calls the earth “the great shoal” reaffirming the thought already expressed by the prophet Isaiah (Is.40: 7) which brings the impervious and desert terrain closer to the arid heart of humanity. In Matthew’s Gospel the parable of the “sower” reminds us that only a well-tilled field, freed from stones and bermuda grass will be able to produce a good harvest.

Francesco I had sensed that when men and women live without a spiritual orientation, it is already as if they were sick in body and soul, “petrified” like those eloquent images conceived for one of the three rooms of the Grotta Grande di Boboli.

Therefore, in his thoughts is the awareness of human fragility with respect to Divine greatness and the ingenious desire to achieve the impossible to overcome himself and Nature, according to the ancient hermetic-alchemical axiom: “nature wins Nature”.

It was for this reason that Francesco chose that hilly location with harsh characteristics to overcome it, organize it and “order” it, bringing amenity, luxuriance and “new life” to that rough landscape.

In the act of placing “order” on what was originally chaotic, the secret aspiration to return to the perfection of the divine Creation, to the “Fiat Lux”, the “ordo ab cao” expressed in Genesis, had been repeated.

René Guenon, a scholar of symbolism in ancient traditions, in his book The Kingdom of Quantity and the Signs of the Times, affirmed that in any civilization the creative act carries in itself an “essentially ritual” character. In fact, the Latin term “ordo” matches the Sanskrit “rita” which in addition to summarizing in itself the meaning of organizing a manifested universe, has an assonance with “rite”, an act performed by the Great Architect of the Universe or the Great Surveyor who with the compass in hand marks the boundaries of the globe.

It was the love of Nature and Alchemy and the consultation of hermetic and theological treatises that moved Francis’ desire to implement such a great design: to recreate in those green extensions a real, earthly Paradise that was increasingly similar to the Celestial one. 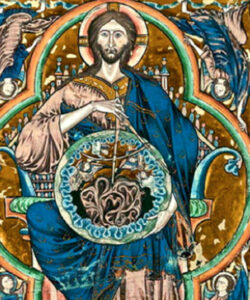 He aimed to investigate the secret mechanisms of Agricultural Science, its laws and its most detailed effects, to acquire that ever higher degree of knowledge that is only revealed in a soul willing to seek it; if Michel de Montaigne came to define Francis I as “a great architect”, it was precisely because he understood the greatness and versatility of this Prince.

So that rough territory became, under his directives, a paradisiacal place where trees of all kinds were planted, populated by all types of birds and irrigated by infinite water paths, which went to feed sources and caves forming surprising scenographic effects. Probably that extraordinary iconological representation wanted to remember the Moorish architectural expression, inherited from an ancient Persian culture, which brought the term “paraidaeza” or “paradise” closer to the “sacred enclosure”: the Temple in which the Divine Presence can manifest itself.